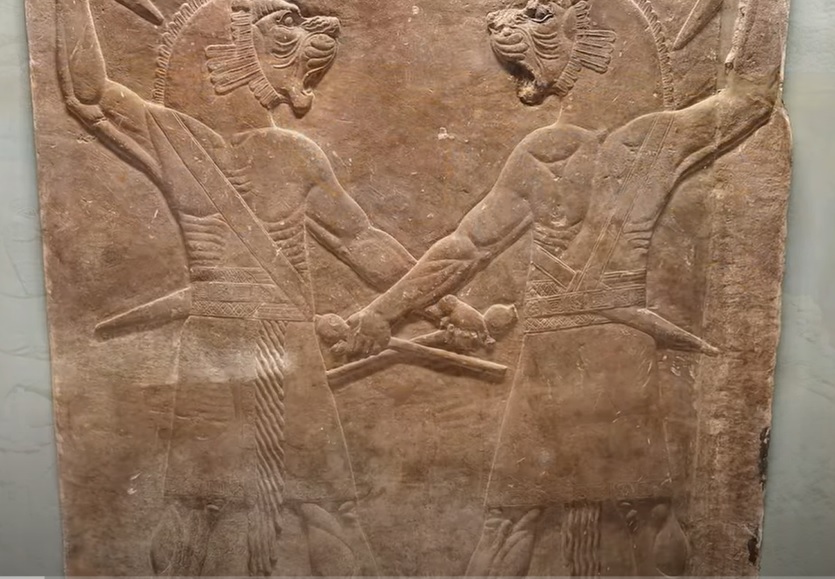 “…the fountains of the great deep [were] broken up, and the windows of the heavens were opened. And the rain was upon the earth forty days and forty nights.”

This quote from the Book of Genesis is part of a familiar tale — the story of Noah’s flood. Scholars have known for a long time that the Bible isn’t the only place this story is found — in fact, the biblical story is similar to a much older Mesopotamian flood story in the epic of Gilgamesh. Scholars usually attribute things like the worldwide occurrence of flood stories to common human experiences and our love of repeating good stories, but recently scientists have started to uncover evidence that Noah’s flood may have a basis in some rather astonishing events that took place around the Black Sea some 7,500 years ago.

When on high the heaven had not been named,

Firm ground below had not been called by name,

Naught but primordial Apsu, their begetter,

(And) Mummu*–Tiamat, she who bore them all, Their waters commingling as a single body;

No reed hut had been matted, no marsh land had appeared,

When no gods whatever had been brought into being,

Uncalled by name, their destinies undetermined—

Then it was that the gods were formed within them.

First eight lines of the Enuma Elis. Pritchard 1969, pp. 60–61
* Here Mummu may be an epithet, different from the god Mummu

Summary of the story: “order” from “chaos”

The story, one of the oldest, if not the oldest in the world, concerns the birth of the gods and the creation of the universe and human beings. In the beginning, there was only undifferentiated water swirling in chaos. Out of this swirl, the waters divided into sweet, fresh water, known as the god Apsu, and salty bitter water, the goddess Tiamat. Once differentiated, the union of these two entities gave birth to the younger gods.

These young gods, however, were extremely loud, troubling the sleep of Apsu at night and distracting him from his work by day. Upon the advice of his Vizier, Mummu, Apsu decides to kill the younger gods. Tiamat, hearing of their plan, warns her eldest son, Enki (sometimes Ea) and he puts Apsu to sleep and kills him. From Apsu’s remains, Enki creates his home.

Tiamat, once the supporter of the younger gods, now is enraged that they have killed her mate. She consults with the god, Quingu, who advises her to make war on the younger gods. Tiamat rewards Quingu with the Tablets of Destiny, which legitimize the rule of a god and control the fates, and he wears them proudly as a breastplate. With Quingu as her champion, Tiamat summons the forces of chaos and creates eleven horrible monsters to destroy her children.

Ea, Enki, and the younger gods fight against Tiamat futilely until, from among them, emerges the champion Marduk who swears he will defeat Tiamat. Marduk defeats Quingu and kills Tiamat by shooting her with an arrow which splits her in two; from her eyes flow the waters of the Tigris and Euphrates Rivers. Out of Tiamat’s corpse, Marduk creates the heavens and the earth, he appoints gods to various duties and binds Tiamat’s eleven creatures to his feet as trophies (to much adulation from the other gods) before setting their images in his new home. He also takes the Tablets of Destiny from Quingu, thus legitimizing his reign.